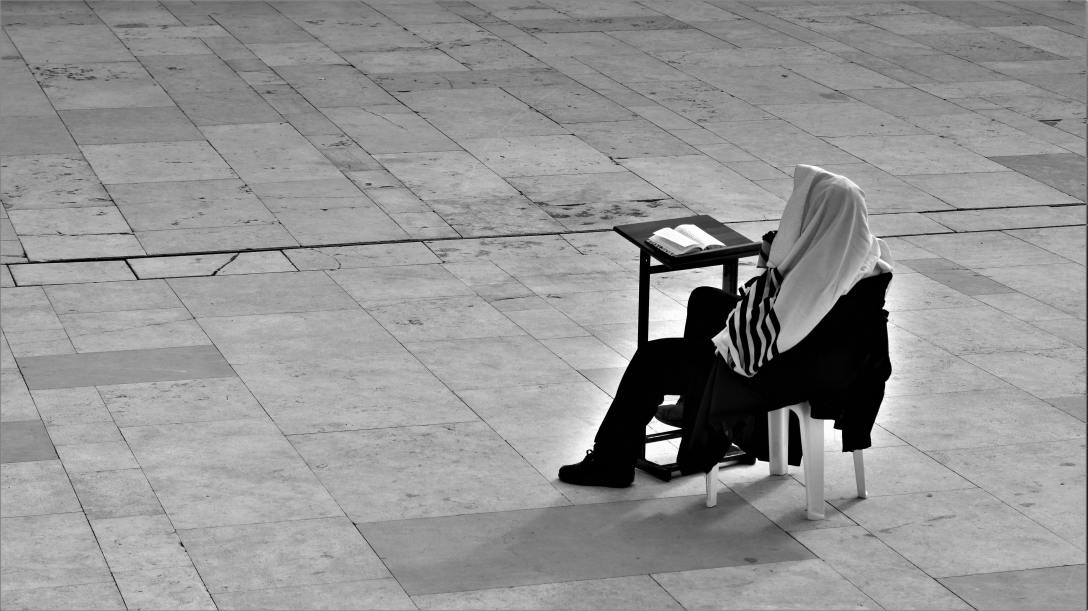 For two thousand years, three times a day, every single day, we prayed for our return to the land that Hashem gave us. Today, we have the extraordinary opportunity to fulfill the mitzvah of Yishuv Ha’aretz, to come to our land and be among our people. Today, we can find more Jews in Israel than anywhere else. That’s a miracle of Biblical proportions, one that is bound to increase in the coming years, be’ezrat Hashem.

For some of you reading this, you may ask, why is it so important to be in Israel? Moshiach has not come yet. A Jew can be religious outside of Israel just fine.

Allow me to take you through some important considerations. Yes, Israel was not established by rabbis; however, a deeper look can reveal something quite interesting and important. I implore you to look past the façade of secularism. Read about David Ben Gurion’s upbringing and his connection to our Torah and prophets as justification for our need to live in our land, and you will understand that the conclusion is not black and white. The Land naturally brings Jews more awareness of who we are as a people. Ben Gurion understood that a Jewish state cannot exist without miracles, “In order to be a realist, you must believe in miracles”. These miracles, no matter how observant, or non-observant one is, bring a Jew to the realization that there is a Higher Power that watches over our land.

The Lubavitcher Rebbe explained that establishing a state in our land is a practical measure taken to protect Jews in the land Hashem gave to us. In 1991, the mayor of Ariel, Ron Nachman, visited the Lubavitcher Rebbe. The Rebbe blessed Mr. Nachman to be able to grow his settlement to double the current population (20,000) to 40,000 residents. The Rebbe understood very well that a government which protects Jews and enables safe Jewish settlement in the Jewish land is a key instrument in fulfilling the mitzvah of Yishuv Ha’aretz.

Furthermore, living in the land of Israel is a mitzvah; it is religious by nature. In fact, according to the Ramban, it is a mitzvah that applies to every generation and encompasses all other mitzvot, as all the mitzvot are inherently meant to be observed in the land. This applies regardless of who is running the country. We must look no further than Ketubot 110b: “This comes to tell you that anyone who resides outside of Eretz Yisrael is considered as though he is engaged in avodah zara.”

The mitzvot center around Israel. They are meant for Israel. It is preferred to live in the most idolatrous city in Eretz Israel than the most pious city outside of it. Living in foreign lands, even after following all the possible levels of strictness we can, causes us to accept the yolk of the foreign land we are in. One’s Jewish neshama cannot ultimately separate itself from the spiritual energy of the foreign land it finds itself in.

One may complain that many of the people who came to build the land of Israel were not interested in Torah observance. However, let me ask you a question. Perhaps you, or someone you know, has a Bubbe who was not religious, but you know that she would do anything for her mishpoche. Her children and grandchildren are her diamonds. She loves family peace, she loves each and every child with all her might, and she gives her entire self to the family. Tzaddika! Her actions are Hashem’s need and desire for the expression of shalom bayit, ahavat Israel, mesirat nefesh. This is a holy expression of Hashem’s will!

Same too with the birth of the State of Israel; the people who built it were largely not observant. However, what we can see is that they risked their lives for the Jewish people. They were Hashem’s movers and shakers of these prayers. Perhaps Hashem established Israel this way to teach us humility, that holiness is not visible to the naked eye.

For instance, our Second Temple was built by King Herod. I don’t need to tell you what other things this man is known for. King David was a descendant of Tamar, a woman who pretended to be a prostitute in order to have a child; without her, we would have no Davidic lineage. Let’s look at our own nation coming out of mitzraim. We did not merit our Torah, and yet we received it, baruch Hashem.

And so, the early secular Zionists were willing to give up their lives for fellow Jews, for our Holy Land, for our shared destiny. They enabled us to live in Israel, study in its Yeshivot, fulfill the mitzvah of Shemitah, and complete the mitzvah of Yishuv Ha’Aretz. They dug in malaria filled swamps, they rescued Jews from Europe, and they fought wars to keep their brothers, sisters, and land safe from foreign rule. They were so deeply connected to Ahavat Israel and to Yishuv Ha’aretz.

The State of Israel, like any political body, has room to grow. So does anything undergoing an important process, one which is worth undertaking. However, the Jewish soul recognizes its land like a missing puzzle piece, like a soul which recognizes its designated body. Perhaps King David best exemplified this connection to our land in Tehillim: “How beloved are Your dwelling places, O Lord of Hosts!… Fortunate are those who stay in Your house… For a day in Your courts is better than a thousand [elsewhere]” (Psalm 84:2-11).

One may ask, what exactly are we working with? The State of Israel? Pshat level, yes. On the drash level, it’s not so simple. More than working with a government, you are working with a holy process and a holy people. One who celebrates Yom Ha’atzmaut properly is celebrating the official enablement of the Jewish nation to live in the land, an inheritance given to us by Hashem to possess and dwell in. That is indeed holy.

I do not believe we can excuse the obligation to settle our land because of its less observant beginnings. The Land of Israel is not Venezuela or China. We have no connection to those lands. Here, we are speaking of our precious inheritance, an inheritance we must possess. We should roll up our sleeves and work to make the people and our land a dwelling place for Hashem like never before.

One cannot ignore the fact that something miraculous is occurring in the land Hashem gave to us.  We cannot sit idly by and be inactive participants in something that touches our nation’s soul. We have been a ghost, a lost soul for two thousand years, wandering the earth. We were a ghost that knew where its body was, longing to reconnect. Now, we each have a job to strengthen the connection between the body and the soul.

The orthodox Jewish communities possess the wealth of Torah knowledge. This Torah is meant to be in our home, as it says in Devarim 5:28, “I will speak to you all the commandments, the statutes, and the ordinances which you will teach them, that they may do them in the land which I give them to possess.” In fact, it says in Nedarim, 6:13, 40a, “a small group in Eretẓ Israel is more precious to me than a Great Sanhedrin in the Diaspora.” How much more so would Torah scholars who study every day be able to uplift the people of the land?

Our Torah belongs in our land, a possession we inherit eternally from Hashem. So, I implore you, rise like lions! Bring the Torah with you and teach it to the people of our land. Bring your families, your friends, your communities, all of your Jewish brothers and sisters under your wing. Imagine the power of hundreds of thousands of Orthodox Jews flooding the streets of Israel, soaking the land in Hashem’s Torah. To me, nothing screams Moshiach louder than this! As Yirmiyahu predicted, “And I will give you shepherds according to My heart, and they will feed you with knowledge and understanding.” (Yirmiyahu 3:15).

The process has begun, the path is paved, the land is awakening, the desert is blooming, and the prophesies are being realized. We need you as much as we need every Jewish brother and sister, together in our land. We need you to bring our treasure, the wisdom of our beloved Torah. We need you to bring the puzzle piece home. It has served its sentence in exile. I pray to Hashem that now is the time to return it safely to where it belongs with our people.

This year in Jerusalem!

View all posts by dhlsheyman