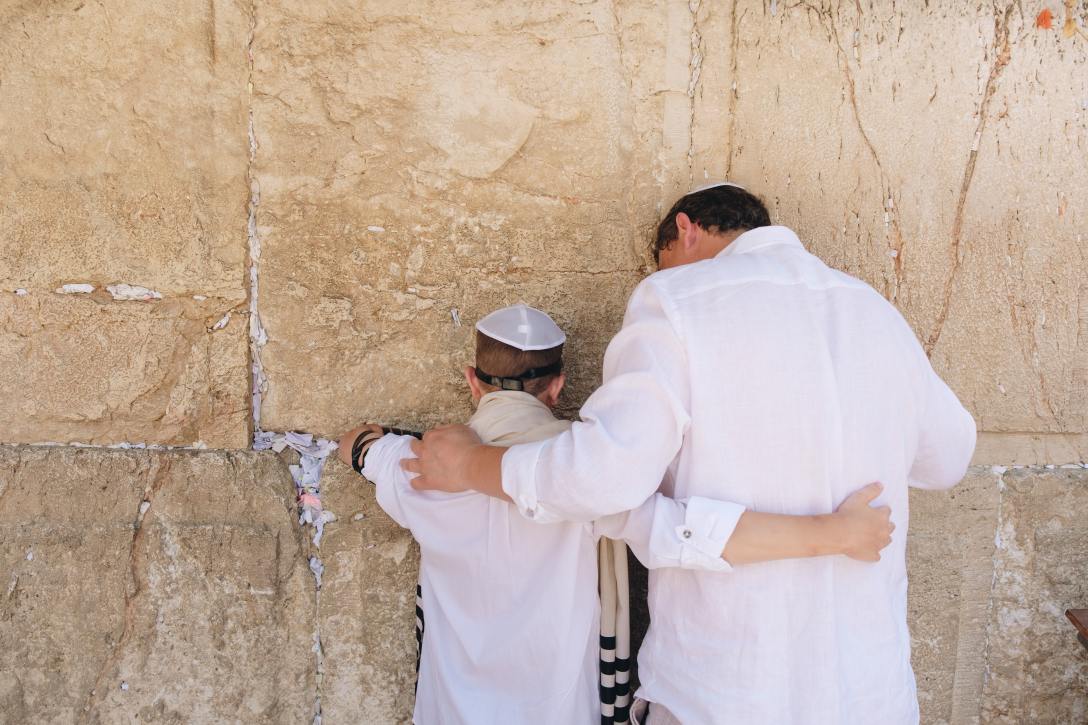 Two Jews converse, one secular, the other observant. What’s the difference between the two? Is one a better Jew than the other? These are all questions that may pass through a Jew’s mind, along with whether they have called their mother that day, whether they should eat matza ball soup or gefilte fish, and what they think of the latest developments in Eretz Israel.

Let me answer the first question: What’s the difference between the two; is one a better Jew, a better person than the other? No, a Jew is a Jew is a Jew! A Jew may choose to follow the Torah or not; they are a Jew either way. A Jew may excel at the Mitzvot of honoring their parents and giving Tzedakah, but has challenge with Kashrut and Shabbat. Another Jew may love and connect to the Mitzvot of studying the Torah and loving their neighbor as themselves, but they have challenge with faith in Hashem. The point is very simple: every Jew has a neshama, a Jewish soul implanted into their body by Hashem so that the body can be a vessel to express the mission of this soul.

One may ask, what is the mission of this soul? One must understand that no one is inherently good or evil. Each person is given traits and tendencies by Hashem that are nurtured and directed by their surroundings such as family and community. Any specific trait is neither good nor evil; it just is.

Let’s take the trait of stubbornness as an example. Perhaps being stubborn has a negative connotation, but if one looks at this trait objectively, one will understand that it has an equal amount of negatives and positives. A stubborn person is resistant to change. They may be inflexible, and as such, create conflict with one’s family and friends. They may continue a useless argument simply to win at any cost. Simultaneously, a stubborn person is relentless. They will keep trying until they succeed in life with G-D’s help. They will not drop their hands in defeat, they will stick it out through thick and thin, and prove to be the most loyal of people.

Let’s take another trait. For instance, one may be very emotional. As such, they may not always be very levelheaded in making decisions. Their emotions can throw them left and right giving no stability and moral compass; everything is decided based on where their emotions take them. At the same time, this person may be very intuitive and empathetic. They know how to show and make others feel loved. They are a warm person who tries to relate to everyone around, and as such bring love, joy, and warmth to others.

One may ask: so, is the observant Jew making a lifestyle choice to be religious the same way the secular Jew is choosing a lifestyle to be modern? Are they equal choices like choosing between becoming a doctor or a lawyer?

Allow me explain something. There’s a big issue characterizing Torah observance as a religious choice.  Religion is a choice. If you believe in jesus or mohammad then you are Christian or Muslim, respectively. If you do not believe in them, then you are not. Such is not the case with the Jewish people. If you are born a Jew and choose not to adhere to the Torah, that does not make you a non-Jew. In the western world, we have been conveniently boxed into the category of a religion. All of a sudden, one can be an Englishman of the Jewish faith. Never before did that exist. We may have lived in their lands, but we were not a part of their people, and were not treated as such until the enlightenment period. Making the Torah into a religion stripped us of our essential mission as a nation, forced another nation’s identity on us, and made an artificial separation between our nationhood and the laws associated with it which constitute our unique relationship with Hashem, the Creator of the Universe.

So, then what are we? We are a people whom Hashem chose to fulfill the Torah; our DNA is spiritual if you will. What does that mean? It means that Hashem brought us into this world with the mission to adhere to His Torah and be a light unto the nations under the guide of His Torah. It is a part of our essential being, our very soul; it is inseparable from our existence. For 2,000 years, a Jew living in Yemen and a Jew living in in Poland read the same Torah, followed the same laws, recited the same blessings, and they both knew that they were brothers who prayed to one day return to the same land that they both came from! Our very being, every breath we take is the Torah, the covenant that we have with Hashem. That is eternal and cannot be taken away. To not actively choose the Torah is to ignore our essence, our inherent truth that Hashem planted within us as a people.

The observant Jew is not making a lifestyle choice, he is tapping into the essence of his soul; the mission that the Creator gifted him as a Jew. The Torah is a blueprint for us, which is meant to be used to direct our steps towards Hashem. In the famous Shema prayer, which comes out of the fifth book of the Torah, Devarim, we are told to serve Hashem with all our heart, all our soul, and all our means. We each have a different heart, a unique soul, and our own distinctive physical and spiritual means that are given to us by Hashem. So, there is a personal aspect to our relationship with Him characterized by our personal strengths, weaknesses, flaws, and talents. However, this personal aspect is guided by the concrete laws written out in the Torah; Hashem’s will. A person who aspires to keep the laws of Torah has their own personal baggage. We each enter our relationship with Hashem with our unique traits that don’t go away just because one is observant. Our inclinations, good and bad, follow us everywhere we go. Each moment is an opportunity to choose good, to choose what Hashem expects of us. Striving to live by the Torah means one has accepted Hashem’s sovereignty over oneself and the entire universe. One who chooses the Torah does not become a slave to their own limited mind and forever changing emotions.  Choosing the Torah means that one has made the lifelong commitment to forever aspire to improve themselves and the world around them as Hashem prescribes in His Torah. One cannot compare themselves to anyone else, but only to themselves. Choosing the Torah means coming closer to the truest essence Hashem implanted in us as a Jew, the truest freedom one can attain. This ranges from Shabbat to Kashrut, from business dealings to honoring our parents, from greeting everyone we meet with a smile to selflessly giving ourselves to our spouse, children, and family. To choose the Torah is to choose Hashem’s desire for the beautiful world that He created for you to uncover to His presence in.

At Mt. Sinai, the Midrash explains that Hashem lifted the mountain over our heads. We had no choice but to accept His Torah. This teaches us a valuable lesson. In life, we have free will in everything except for free will, making choices; we MUST make choices in life, we are not free to not make choices! When Hashem lifted Mt. Sinai over our head, He showed us that Torah is like free will, we cannot avoid it, it is our essence as His nation chosen to have a unique relationship with Him, it is our very being, it is the freest choice that a Jew can make in their  relationship with the Almighty Creator of the Universe.

View all posts by David Sheyman