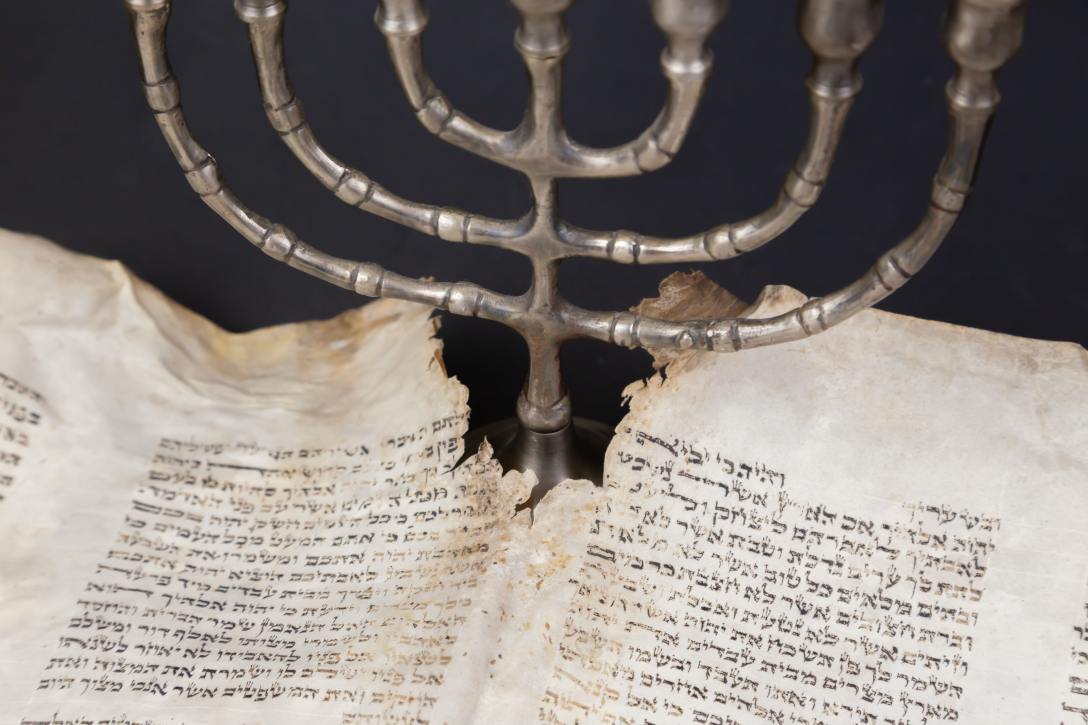 What Are We To Learn From The Shechem Massacre?

The lesson here is twofold: personal and national. However, before we dive into those two lessons, I want to remind you of two quotes that encompass the two lessons, “Should he treat our sister as a harlot?” (Bereishit 34:31), and “Then they travelled, and the fear of G-D was upon the cities that were around them, so that they did not pursue Yaakov’s sons.” (Beireshit 35:5). The overarching lesson is as follows: justice is not about you or me, it is about Hashem. Hashem hates evil; when we are merciful towards evil, we will be evil towards good.

We might think that humility is a good trait, and at times that is unequivocally the case, but it is not so when it comes to truth, morality, and justice. For instance, it is not humility for me to say that I am not chosen. I am Jewish; therefore, I am part of the chosen people. If I deny my status as part of the chosen people, then I deny my responsibility for which I was chosen for; to keep Hashem’s Torah. My chosen status has little to do with my merits, it comes from Hashem. Yes, it is humility to say that all my blessings and success come from Hashem, however, it is not humility to say that I am not chosen for the mission Hashem made me responsible for as a Jew.

The same applies to the story of Shechem. Some may say that it would have taken humility to spare the city and be merciful. No! The truth remains: the city was evil, it was willing to protect their evil prince, and it was ready to reap the fruits of his evil actions. Remember, justice is not about me, justice is about Hashem. We do not pursue justice to quench our anger, bloodthirst, or any other emotions. Justice is purely for the sake of Hashem and nothing else. Hashem despises evil, and there can be no mercy for evil, for that is the trap of evil. First one is merciful towards it, then one tolerates it, and finally, the habit forms the person, and they themselves become evil towards the good. We must mete out justice the way that Hashem desires it; to do otherwise is the definition of evil.

Lesson One: The National Lesson

Given all this, we can now derive several lessons from the story of Shechem. The first lesson is for us as a nation. The Torah is our guide book, our national constitution if you will. It tells us how to put on Tefillin, how to observe Shabbat, how to treat one’s wife, how to treat one’s parents, how to wage war, how a ruler must behave themselves, so on and so forth. Our Torah is not a narrow document, it encompasses every part of life. However, for two thousand years, we have been confined to limited parts of the Torah, most of which have to do with one’s personal life and family, not with the nation as a whole. Thus, when millions of Jews are finally home in the land of Israel, they do not have experience with what it means to act as a Jewish nation.

If one has been reading the news, there has been an uptick of attacks in our land in the last months. The Arabs feel free to roam the streets and terrorize the Jewish people. They know that if they die, they will be a martyr, and if they go to prison, they will get royal treatment, only to be exchanged in a prisoner swap. This is not the Jewish way; this is not the way that Hashem wants us to behave ourselves! We are being merciful to our enemies, and thus cruel to our own people. The Israeli government continues to allow Jewish people to live under the threat of a nation, the Arabs, who believe that the Jewish people do not belong in the land of Israel. It is a desecration of Hashem’s name and will. Perhaps when living in foreign lands we had to keep our heads low. What was there to fight for? There couldn’t be a Maccabee revolt in Iraq or Ukraine. The Maccabees fought for Jewish sovereignty over Jewish land, for the Beit Hamikdash, for the Jewish nation and their relationship with Hashem. None of this can be fully fought for in foreign lands. What business did we have fighting against a government in a land that was not our own? So, we minded our own business. But now, millions of Jews are in Jewish land, and they have a responsibility to act in a Jewish manner.

The State of Israel treats its people and the land it governs as a harlot for fear of the U.N., the United States, and the Arabs. The State feels it is appropriate to tell soldiers they cannot shoot at gun wielding, stone throwing protesters. The State feels that is permissible to allow terrorists to live in jail and receive an education rather than be executed. The State feels that it is permissible to evacuate Jewish land and allow a terrorist state in Gaza to launch rockets every year at the Jewish people. All the while, droves of Arabs within Israel run into the streets – not Hamas soldiers, just normal everyday Arabs -waving Hamas flags without shame, voting for parties that say they will replace the Jewish state, etc. All this is for fear of the U.N., United States, and the Arabs; Israel is ready to throw their own people to the dogs and let them suffer because of fear. Yaakov also had fear, not exactly of the same entities, but of the Canaanites and the Perizzites. However, let us remind ourselves, “Then they travelled, and the fear of G-D was upon the cities that were around them, so that they did not pursue Yaakov’s sons.” (Beireshit 35:5). An all out war, a Milhemet Mitzvah, is long overdue. We need to take example from Shimon and Levi. They had an unwavering trust in their responsibility to fulfill Hashem’s will. They had an unwavering trust in the fact that if they do Hashem’s will, Hashem will grant them success. We as a nation need to learn from our ancestors. We need to have faith in our G-D. We are a miracle nation; logic dictates that there can’t even exist a Jewish nation. What other nation has been thrown out of their land, remained a nation with all its intricate laws and traditions handed down from Hashem, and returned to the land Hashem gave to them? The Jews, and only the Jews! We need only to act as Hashem wills and the nations of the world will fear Him. Fear of man is the demise of the Jews, for then we forfeit our faith in Hashem. We are living out G-D’s promises; we must have faith!

Allow me to reiterate: the Torah is an all encompassing teaching from Hashem. If something has to be balanced with the Torah, then it cannot exist in our Jewish lives at all. There are no compromises. I am sure you’ve heard people say that we have to balance the Torah with our modern lives, or we have to make compromises when it comes to the Torah so that we can live in the modern world. All too often, we Jews came to a nation’s land, and the customs of that land were different from our own. The rulers of that land would have one of two reactions: one is to try to oppress us, and the other was to sweet talk us into their culture. I will address the latter case. We don’t do very well when other nations tell us how smart and good we are, when they give us freedom, and for all intents and purposes, they seem to like us. Why? We quickly become like them. What did the Assyrians do in the story of Chanukah? They explained to us that they were fascinated by our wisdom and wealth of intellect, but they tried to persuade us that we did not need the rituals; they told us that Shabbat and circumcision were senseless. Many Jews felt flattered and thought to themselves, Do I really need the Torah? I’m smart without it.

Who else tried to flatter? Shechem! He “spoke to the maiden’s heart,” he said he loved her and wanted to marry her. The reason was simple: “Their livestock, their possessions, and all their animals – will they not be ours?” (Bereishit 34:22-23). At the end, when we try to mingle with other nations and become like them, we lose all that is ours, and those nations not only gain what is ours, but also retain what is theirs (as previously discussed). Then we are left naked, bare, and ashamed.

Thus, the same way that Shimon and Levi physically destroyed the city of Shechem, we must mentally and spiritually destroy non-Torah ideas. There is no room for them, nothing can be left of them. For that, we must study the Torah. Read an Aliyah a day, learn with your local rabbi, ask questions, discuss with your friends, read commentaries of our sages, get to know your soul and what Hashem expects of you. We are a high-spirited people, therefore we need strong, defined boundaries (the Torah), which guide our soul according to Hashem’s will.

Who are you afraid of? Your colleagues, your employer, cancel culture? Destroy these anti-Torah concepts in your life the way Shimon and Levi destroyed Shechem; for you will travel, and the fear of G-D will be upon those who sense your unwavering commitment to Him and He will protect you. Don’t let anyone intimidate you, nor sweet talk you. Stand strong as a Jew. Hashem gave you a Jewish soul, He gave you the responsibility to do His will, to be a light onto the nations, and thus, bring Hashem closer to our world. May the final redemption come speedily in our days Bezrat Hashem.

View all posts by David Sheyman